The team behind the annual Winter and Summer Brew Fests in Denver, known as RightOn Productions, has decided to take their beer, food and fun fests on the road.  Last weekend, they brought the Inaugural Winter Brew Fest to Broadway Pier in lovely San Diego, CA.

Lucky for us, we got invited to come out and cover the event.  Trust me, we didn’t need much convincing.  We LOVE a good brew fest and we love San Diego.  Yep, count us in!

The event was held at the Port Pavilion at Broadway Pier, which is a modern, environmentally friendly Cruise ship terminal.  Port Pavilion is easily accessible by car, bus and train and offers scenic views of the USS Midway and San Diego Bay.

The San Diego beer scene is on fire right now, with more than 63 breweries in operation and 32 more in various stages of planning.  The San Diego beer scene is almost as exciting as the current Denver beer scene.  The inaugural festival gave us the opportunity to try beers from some of the local up and coming breweries such as Iron Fist and Manzanita, but we were just as excited to revisit old favorites from our friends at Mission and Ballast Point.

The food trucks parked outside along the bay were no joke either.  They had prepared beer-centric menus just for the brew-minded crowd.  We couldn’t get enough from the guys at Underdogs, who were serving up some mean sausage creations.  I went with the “Mac Daddy”, which was a Stone Porter Sausage, topped with macaroni and cheese and bacon.  Oh delish.  The cheese sauce on top was made with a Saison from Iron First Brewing.

Inside the pier, the crowd sipped on beer, nibbled on Cabot cheese and grooved to the sounds of local bands.  All in all, a great time and another well run festival from the RightOn crew.  No word yet on whether they plan to expand the event to include a San Diego Summer Brew Fest.  We can only hope.

Until next time, check out some of the sights from the San Diego Winter Brew Fest. 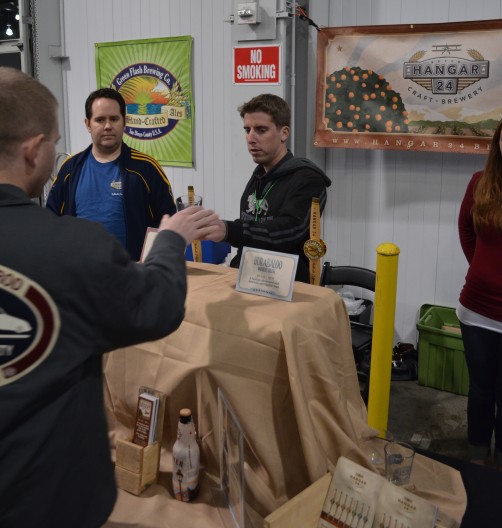 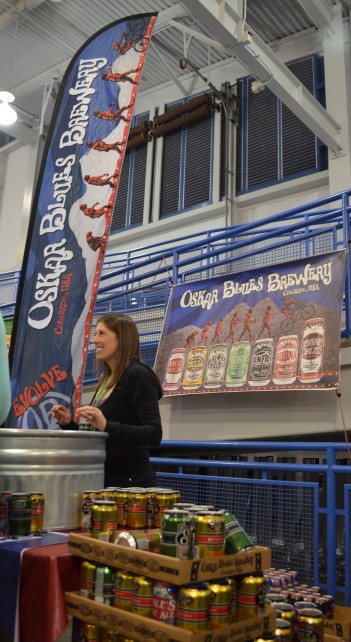 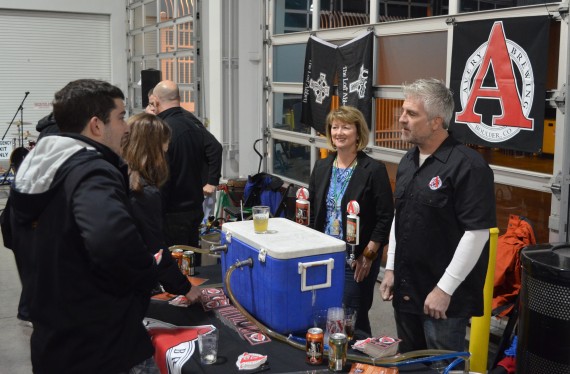 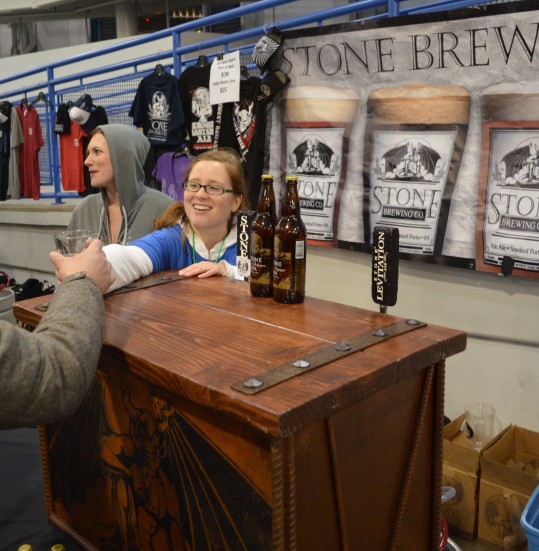 To see more highlights from our San Diego adventure, visit the Beer Trippin’ portion of our site.