Miracles Happen At The Denver Only Beer Festivus!

We had the opportunity to attend the Denver Only Beer Festivus last Saturday.  This is a new (and hopefully recurring) beer festival that was presented by Denver Off The Wagon and Imbibe Denver. The event was held at the recently renovated McNichols Building at Civic Center Park in Denver and featured ONLY Denver breweries (all 18 of them!).  Despite having sold out weeks ago, the inaugural Festivus had no lines, great beer, a DJ and dance area, plenty of room to move about and brewers working their booths and supporting their craft beers.  At one point, my wife whispered in my ear “This might be my new favorite beer festival”.  It was truly a Festivus Miracle!

TRVE Brewing just keeps getting better and better.  Owner / Brewer Nick Nunns was pouring Diotima, a Smoked Tea Saison and Stout O))), a thick and roasty American Stout.  Stop by the brewery and give these brews a try if you haven’t already.  Stout O))) was one of my favorite beers of the night.  It’s a hearty brew and perfect for those cold winter nights that lie ahead.

Crooked Stave brought the funk and crushed it as usual.  No shocker there.  Amazing brews.

There was a Yeti sighting at the Great Divide table.  They brought Oak-Aged Yeti, Titan IPA, Hibernation Ale and their upcoming Belgian Tripel called Orabelle.  Keep an eye out for Orabelle in 12oz. bottles sometime in January.

Prost is awesome, but you already knew that.

I geek’d out for a good 20 minutes at the River North Brewery table.  They brought some big and impressive beers for all the geeks in the house.  They were pouring a barrel-aged version of Avarice (Belgian-style Imperial Stout), along with Quandary (Quadrupel) and Hoppenberg Uncertainty Principle (Belgian-style Double IPA).  Awesome stuff.

The standout of the night for me was Black Shirt Brewing and their Imperial Red Rye IPA.  This a hop heads wet dream.  Man, I was blown away by this beer with its’ full and complex flavor profile.  I also tried their Saison and Red Ale, both of which were really tasty.  There was reportedly a keg of Red Hubbard Squash Saison, but it was so popular that they ran out before I got a pour.

Black Shirt Brewing Co-Owner Branden Miller has been really helpful with providing information and answering questions for the blog and it was nice to finally meet and taste his beers.  Guys, I’m excited about this one.  Black Shirt Brewing looks to be the real deal.  Miller said that going forward, they plan to open every Saturday, so check the Weekend Beer Buzz for updates on what they’ll be pouring in the Tap Room.

And that’s just a few of the many great breweries that were in attendance at the Festivus.  Don’t forget Our Mutual Friend, CAUTION, Denver Beer Co., Wynkoop, Wit’s End, Renegade and on and on! Denver is lucky to have so many great, young brewers that are crafting some awesome beers these days. It’s really impressive to see so many high quality beers coming out of places that are so new to the brewing community.  I can’t wait to see where we’ll be in 5 years.

So that’s just a quick recap on the Festivus scene and the many great beers that were flowing. Again, awesome, awesome time.  Thanks again to Denver Off The Wagon and Imbibe Denver for hosting a great event.  Now, on to the pictures. 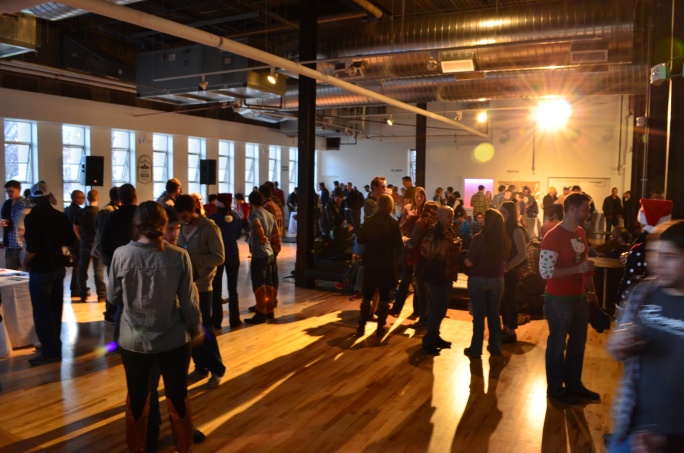 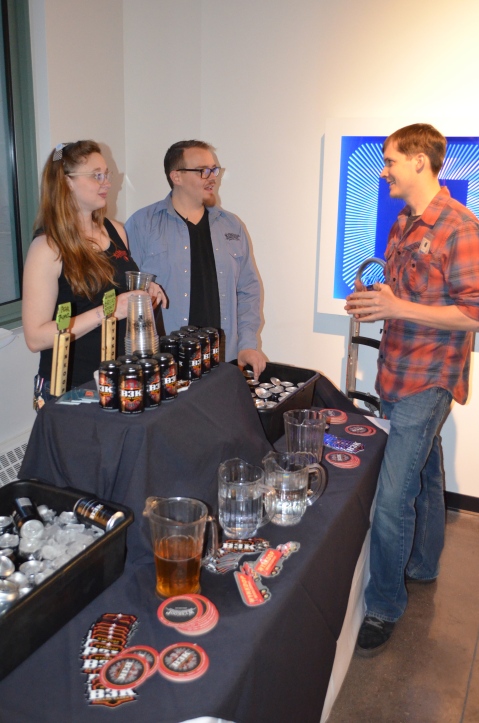 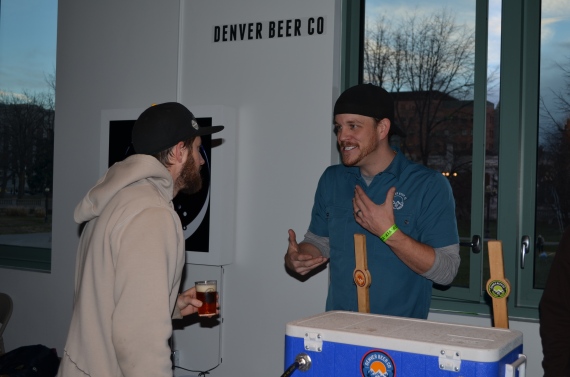 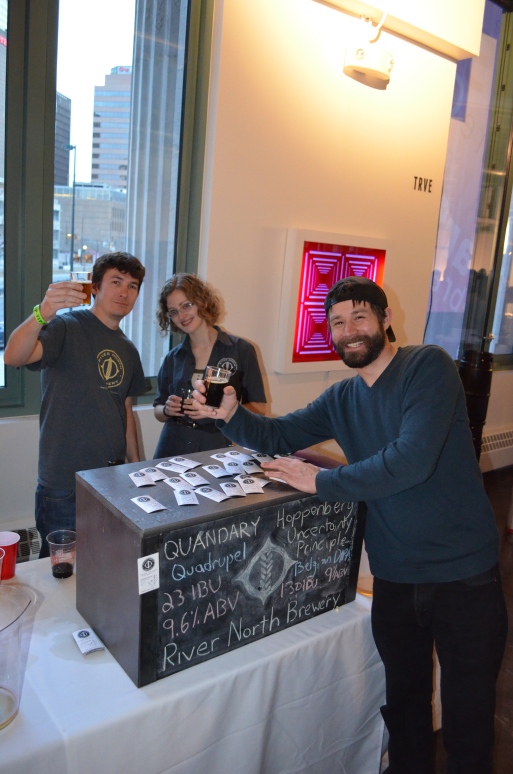 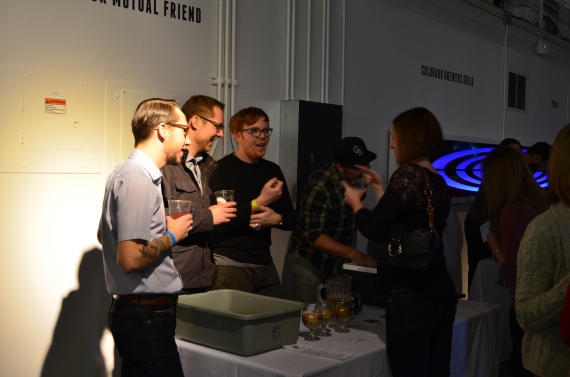 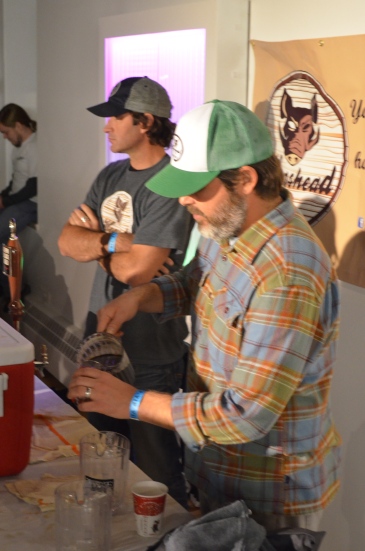 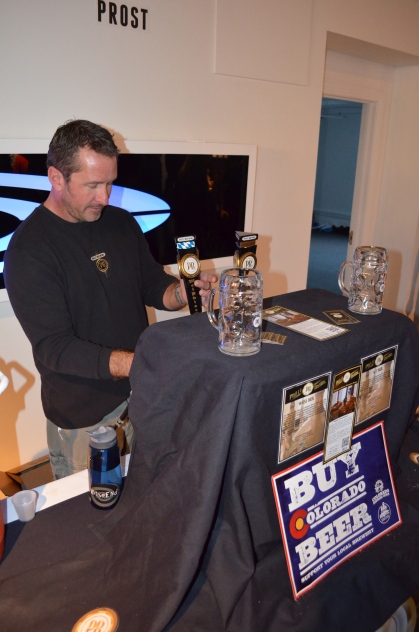 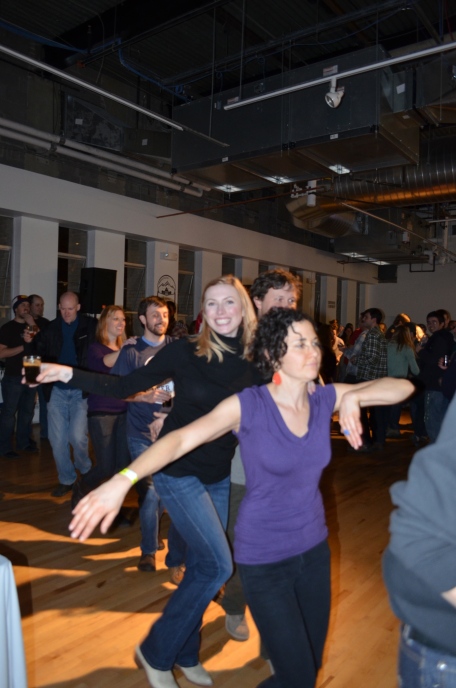 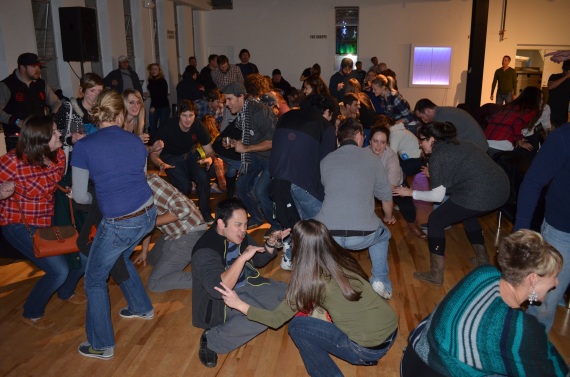 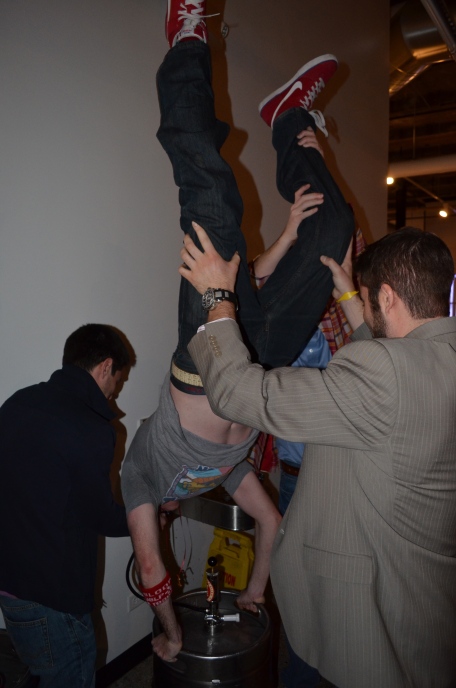 The house is quiet.  The kids are in bed, Patti’s makin’ the big bucks at work and I’m sitting out back on the deck.  My cat watches me through the screen door in total jealousy.  I’m not sure if he’s jealous of the fact that I’m outside or if he’s just eyeing up the IPA I’m sipping on, but either way, he’s not happy with me.  At any rate, I’m loving this weather and I’m a little bummed that another weekend is drawing to a close.  Did you get out and enjoy it?  We sure did.

We hit the Copper Kettle 1-year Anniversary Party on both Friday and Saturday.  It gave us a chance to try some of their special releases like the Belgian Golden Strong, Belgian Black Quad and American Barleywine, among others.  If you missed it, you need to kick yourself…  hard.  It was a great, 4-day long celebration, with different beer releases each day, along with food trucks and live music on-site.  I’m not sure if they staff got any sleep over the weekend or not, but they were having fun and kept things running smoothly.

Gary V was there broadcasting his American Craft Beer Radio program on Saturday morning.  He had Jeremy Gobien and Kristin Kozik from Copper Kettle on the show, along with Bill Eye talking about the upcoming opening of Prost Brewing, Firkin Master Walt Chleva from Dry Dock and Tim Myers from Strange Brewing.  Great show and thanks Gary for the shout out!

After the past weekend, I’m really digging Copper Kettle and their great beers.  I’ll be stopping by more and more to try their different releases and get growlers to go.  Congrats on a great first year guys!

We also hit up the Avery Tap Takeover out at Parry’s Pizza in Highlands Ranch, CO.  This was an awesome event, featuring 21 Avery beers on tap, plus a handful in bottles.  They brought some heavy hitters for this event, including ’11 Beast Grand Cru, Tweak, Uncle Jacob’s Stout and a ton more.  Very, very impressed with the lineup.  The standout for me was the Boulder Weiss.  A (not over the top) German sour, that was served with a touch of either cherry or peach.  The peach was delish! 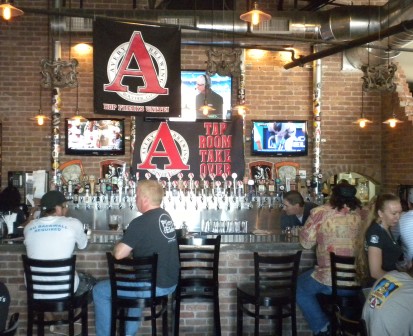 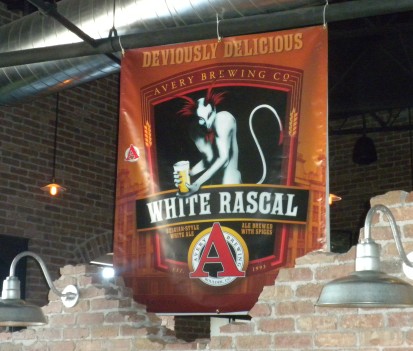 They also had Avery giveaways every hour throughout the day.  We couldn’t resist the food.  Dude, their food is seriously good.  We got a pizza that was dripping with tasty meat.  It couldn’t have been better.  Really good food, great beer.  If you haven’t been yet, move Parry’s to the top of your list.  Stay tuned for more Tap Takeovers in the coming weeks.

Alright, so you get the idea, the weekend rocked.  Hope you were able to get away from the yard work and enjoy it at some point.

Got plenty of new beers on the way to keep your beer hunting skills finely tuned.  First up is Stone Ruination.  Seems the gargoyle has been working out and has pumped up from 7.7% ABV to 10% ABV for his birthday.  Come on now, who doesn’t like Stone?  This classic Double IPA should be pretty easy to track down, so keep an eye out for it in upcoming weeks.

For the sour beer and funk lovers out there, Chad Yakobson up at Crooked Stave has bottled his Petite Sour.  You might recognize the name from last year’s Pure Guava Petite Sour release, but this is a completely different beer.  It’s being described as a “tart, farmhouse, table beer”.  I know last year’s Pure Guava had a, well, uhm, interesting (?) aroma when it was released, that wasn’t necessarily well received by the funksters.  Settle down people, Chad knows his beer.  If you like wild yeast, sours and funky things, this should be on your radar.  Oh, and pick up two if you can.  One for now and one to try in a year or two, after the yeast has really gone to town and worked its’ magic.

While we’re laying down the funk, Jason Yester down at Trinity Brewing in Colorado Springs just got label approval for his upcoming Oh Face Saison.  Another tribute to the movie Office Space, this was brewed with pumpkin, lavender and spices and fermented with Brettanomyces.  He’s putting that new brew system to good use.  They don’t call him Saison Man for nothing.  Jason is a master at what he does and this will definitely warrant a trip to the brewery to pick up a bottle or three.

Right about now you might be thinking, damn man, can’t you just tell me about a good beer that I can go to the store and buy today!  Sorry, I just get excited about all the new beers coming our way.  But yes, you’re right.  There are plenty of new, tasty beers that have found their way to your local shelves in the last week that you can easily track down and enjoy right now.

How about Firestone Walker’s Wookey Jack.  This is the latest release in their Reserve Series and is listed as a Black Rye IPA.  Wookey Jack is double dry-hopped with Citra and Amarillo hops, which should give a big grapefruit or citrusy aroma.  It’s unfiltered and I’m guessing the rye will make it pretty easy drinking.  At only $5.99 / 22-oz bomber, it’s worth trying.

Quick teaser, FW fans, Parabola will be back in mid-May.  I believe this will be the third batch.  More details as I get ’em, but if you like imperial stouts, this is a winner.  Stay tuned.

One more beer that’s out and about now is Avery’s Uncle Jacob’s Stout.  I know, I know, I’ve mentioned this beer about 6 times in the last two weeks, but it’s THAT good.  Plus, I know you’re going to be really mad at yourself when all the other little Colorado beer nerds have bought them up and you missed out.  Yep, it’s $10.00 / 12-oz bottle.  I get it, it’s expensive, but it’s also 17% ABV.  Split a bottle with someone and put on a long movie.  You’re evening is set.  It’s a nice, nice beer that is very drinkable right now and will continue to evolve and change over time.  Avery plans to release this beer again next year, so start building your vertical now.  Pick up some today.  It’s still around at a few places, but won’t be there for long.  If you don’t grab one, I don’t want to hear any whining later.  Just sayin’.

That’s it for now.  Again, hope you had a great weekend and hope I could add some beers to your shopping list.  Oh, almost forgot, our beer trade is going along swimmingly.  (Swimmingly???  I don’t know, just liked the sound of it)  Our beers are getting shipped out tomorrow.  Stay tuned and I’ll walk you through the whole packing process and get us one step closer to some tasty, sweet New Glarus morsels.

Error: Twitter did not respond. Please wait a few minutes and refresh this page.