So a few days ago I gave you a little tease about getting into the delicious world of beer trading.  We were going to walk through a trade, along with Tony, one of our readers and track down some tasty New Glarus in exchange for some Colorado locals.  Did you miss out?  If so, click HERE to catch up and come back when you’re ready.  (insert Jeopardy theme song…)

So we set up our free account on beeradvocate.com; we made our simple ISO (In Search Of): FT (For Trade) post; we raked in a bunch of responses (about 15 in 24 hours).  Now what???

So now you’re wondering, how do I pick a trader to go with?  Like I said, we got about 15 responses the first day of our ISO:FT post.  I’ve got a few ways to narrow down the trader we’re going to work with.  The first way is to go with the first response.  Kind of seems fair that the early bird gets the worm.  Another way is to go with someone you’ve already traded with.

For me, trading is all about establishing good, friendly relationships with traders from around the country.  That way, when a beer comes along in a certain area of the U.S. that I’m looking for, I’ve got someone that might be able to help me out and vice versa.  There are several traders that I’ve known for years and we hook each other up with local fav’s, brewery only releases and so on, to share the loot.  In this case though, I wanted to start fresh and not fall back on past experiences.  I wanted to play the “rookie” and show you that it’s still easy to lock in a trade without knowing someone ahead of time.

So I decided on a response from Kody, who actually lives in Chicago, IL, but makes frequent trips to Wisconsin.  Kody’s initial response was simple and to the point.  He just stated that he had New Glarus Belgian Red and Raspberry Tart and was looking for Odell and Lost Abbey.  We swapped a few more messages and came to the realization that we both had access to the same Lost Abbey beers, but I suggested some beers from Dry Dock, Avery and Funkwerks that he hadn’t heard of and might be interested in. 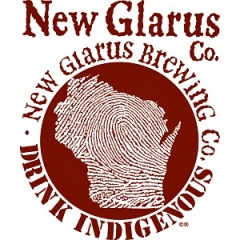 In the past week, we’ve exchanged about a dozen more messages, narrowing down specific beers to swap and our favorite styles.  Turns out, Kody is going to be obtaining bottles of Three Floyd’s Dark Lord later this month, which is considered to be one of the best beers on the planet.  I love me some Dark Lord and am always on the hunt for more.  So we’re already talking about future trades! 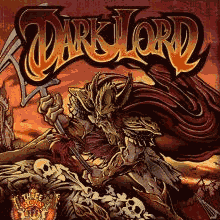 Like I said, beer trading for me, is about making those friendships that will continue for years to come.  I enjoy making connections with people like Kody who have the same passion for beer as I do.  In the future, I can get beers exclusive to my area that he will enjoy and swap for beers in his area that I will enjoy.  This is what makes the beer geek community so cool and unique.  Granted, it’s not always this way.  I’ve done many “one and done” trades, but more often than not, I trade with the same people, over and over again.  Hell, there’s even a guy in Boston, MA that I traded with so many times that I flew him out for the Great American Beer Festival a few years ago.

Anyway, so we’ve locked in our trader, made small talk, locked in the beers we’re going to trade and we’re one step closer to having some delicious New Glarus for our glass.  Our next step is to buy our beers, pack, ship and wait for our box o’ goodies to arrive.  Questions????  Comments????  I’m going to try and pack our beers this week, so stay tuned!

In other news, I hit the Uncle Jacob’s Stout release at Avery last night.  Uncle Who?  Click HERE for the details.  I got there late, but avoided the line and still got my allocation.  The reviews so far have been great.  For anybody that went and popped open a bottle, what did you think?  Looks like they flipped the line around and ran it into the barrel room and back through the keg room.  After attending various Avery releases for the past few years, it seems like Avery has gotten better and better about their small batch releases.  They continue to improve the customer experience and that’s a GREAT thing.  Big shout-out to Adam, Phil and everyone else over there for their awesome efforts in making these releases run smoother each and every time.  I hope to open a bottle soon and will try to share with you when I do. 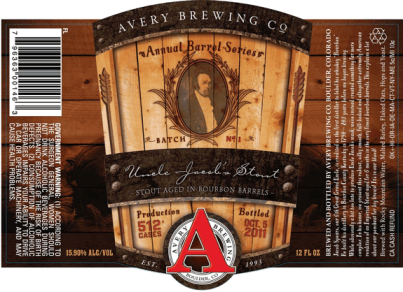 Lastly, tomorrow is Opening Day for the Colorado Rockies.  As a huge baseball fan, I’m really, really looking forward to this.  The weather should be perfect and the beer scene will be in full effect.  Falling Rock Tap House will be rockin’ with tents set up out front representing your favorite breweries.  Freshcraft, Denver Beer Company, Great Divide and the new kid on the block, River North, will be open and ready for the baseball crowd.  Rumor has it, Sandlot, at Coors Field, will even be pouring a sour for Opening Day!  Patti and I will be there and hope to see you downtown!  Drop us a line if you’re going.  We’d love to meet up and share a brew with you.

Error: Twitter did not respond. Please wait a few minutes and refresh this page.