It’s a great time to be a beer trader.  Spring is shaping up nicely with so many great beers getting ready to pop up around the country.  Russian River in Santa Rosa, CA is about to drop another batch of Beatification for your drinking pleasure.  This is a much, much bigger batch when compared to last month’s release.  That’s good news, but it’s still going to be a brewery only release.  Vinnie and the gang are going to start selling bottles on Friday, March 30th at 9AM, with a 6 bottle limit.  Beatification is sour turned up to 11!  It’s delish and should be on your radar if that’s your thing.  Highly recommended.

Last week I mentioned Cascade up in Oregon and their Sour Blueberry release.  They’ve got another tasty beer coming out on March 29, (yeah, tomorrow!), called The Vine.  The Vine is a blend of soured triple, blonde quad and golden ale, refermented with white wine grapes.  It then undergoes lactic fermentation, while spending more than 6 months in a barrel.  I found some old notes from a bottle I opened back in 2010.  I rated it very well and wrote down “notes of lemon, apples, grapes, grass and wood.”  The good news about Cascade and their bottles is that they’ll ship directly to many states.  Just check their website for an order form with all the details.  I believe they still have bottles of Sour Blueberry, Apricot and Kriek for sale as well.

Also on the horizon for traders is Ithaca’s LeBleu.  All the way out in upstate New York, is a great little place, called Ithaca Beer Company.  LeBleu is part of their Excelsior series, which highlights events and special releases and has resulted in some amazing beers.  I believe this will be the third batch of LeBleu to be released.  The beer is a sour ale brewed with New York state blueberries and fermented with Brettanomyces.  It’s then barrel aged and gets a dose of Champagne yeast when it’s finally transferred into 750mL bottles.  This batch is a blend of barrels filled in 2010 and 2011.

LeBleu is another tart and super sour beer, but the Champagne yeast gives it an added dimension.  The Champagne yeast gives it a huge, bubbly head, plenty of carbonation and a very dry finish, much like a traditional gueuze.  I’ve been going on and on about how tasty this beer is, just making myself thirsty, that I didn’t even give you the release details.  So the release is set for Saturday, April 14th from 11-7 EST.  I haven’t seen a price yet, but plan on paying in the $20 range for a bottle.  The good news is that there will be a 1 case limit, so if you know a beer trader out that way, it shouldn’t be too hard to track down.

I’ve talked quite a bit about beers to track down in trades and some of you might not have a clue as to how to go about getting into the world of beer trading.  So maybe it’s about time we do a trade together.  Whaddya think?  I’ll work on putting together a trade in the next few weeks and I’ll walk you through it from start to finish.

Anybody have a suggestion on a beer they’d like to trade for?  It doesn’t have to be anything crazy rare or limited, it can just be a simple 6 pack or bomber that you have had and enjoyed, maybe something you miss from back home or something you’ve never had before, but have been wanting to try.  Here’s your chance.  I’m telling you, it’s like Christmas morning when you get a big ol’ box o’ beer from the FedEx guy.  It’s a fun and exciting way to try beers from all over the country that aren’t available in your neck of the woods.  So hit me up if there’s something you’re after and we’ll go through the entire process together, one step at a time and post it on here. 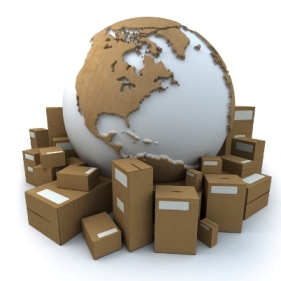 Ready for your first beer trade?

Now for something you don’t have to trade for.  Firkin Master Walt Chleva over at Dry Dock Brewing in Aurora, CO, has a Bacon Maple Firkin that will be tapped on Friday, March 30th at 3PM.  I can’t make it out for this one, but would love to hear how it turns out.

Also at Dry Dock this weekend is their sort of, maybe, kind of annual Chili Cookoff.  It’s being held on Sunday, April 1st from 1-3PM.  Stop by and try some really tasty entries and vote for your favorite.  They’ve got details on their Facebook page if you’d like to enter your own creation.  This is a great way to spend the afternoon and the competition is pretty fierce. 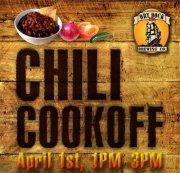 That’s it for today.  Drop me a line if you have a suggestion for a beer to track down in trade, or if you’d like to learn how it’s done.  Cheers!